WWI was known as the chemist’s war. Deadly chlorine, phosgene, and mustard gasses were deployed by countries on both sides in the conflict. Scientists toiled in their fume hoods, summoning deadly chemical monsters to fight battles for their homelands. After the war, we all totally swore we learned our lesson and pinky promised not to do a chemical warfare again. Chemical weapons were banned in 1925.

To be fair anthrax isn't a chemical weapon.

Today’s Moment of Science… the bioterrorist ransom at Anthrax Island.

Porton Down, a research lab in England that began operations in WWI, was a touch light on ethics and way into human experimentation. They conducted tests in secret on uninhabited areas of the Bahamas and Nigeria. Then there was the time they released a bacteria on the extremely inhabited London underground, you know, just to see what would happen. Indeed, the only country to use bioweapons on Britain was... Britain. It was “just” a stomach bug but Jesus Zombie Christ, yer majesty, could you not?

Inhalation anthrax has an 80% fatality rate, and it takes an alarmingly small amount to wipe out a city. Any good scientist knows that you can’t just expect something to work without running an experiment. To deploy anthrax, they needed a remote location that nobody would accidentally stumble across, which is hard when you’re already on a relatively small island nation.

So they decided to try wiping out an even itsier island. Of sheep. Specifically, Gruinard, Scotland.

How does that first conversation go? “Yeah, I need a test site. Uh-huh, anthrax. Yes, a whole island.”’ A decade later Porton Down tested sarin gas on soldiers under the guise of testing a cure for the common cold, so I’m pretty sure the response was something like “will a flock of sheep suffice?”

An island approximately two square kilometers in size, records show Gruinard only had six occupants who all vacated the island by the 1920s. In 1942, eighty sheep were tied up on the island, and anthrax bombs were set off close to their locations. The anthrax caused a severe case death in every sheep. Gruinard was so contaminated it was uninhabitable.

It’s unclear if this convinced Britain that anthrax was a bad idea because it worked a little too well, or if they never pulled the trigger on bioweapons because nobody else did and they were playing a game of salt-the-earth chicken. But they haven’t dropped a load of anthrax anywhere else. Uh, that we know of.

But because a clean up effort was seemingly beyond reason, the government let a field of anthrax sit there until someone started using dead sheep island as a bioweapon against them.

In the 1980s, a group called the Dark Harvest Commando started sneaking over to the island, collecting samples of soil, and sending them to government buildings. Which is, uh, terrorism but also the government kinda left a bioweapon sitting out on an island for anyone to access and went “how could this possibly come back to haunt us?”

It took an extraordinary cleanup effort starting in 1986, being declared “safe” in 1990. Sheep have grazed there now without incident for many years. However, as did the bacteria for decades, fears about the place likewise persist, and it’s taken a while to shake a reputation as Anthrax Island.

This has been your daily Moment of Science, suggesting that if your experiment has a possible result of “location made uninhabitable for a generation,” you don't need to be turned down for funding. You need an ethics class.

For bonus content and more tales of scientific experiments gone horribly awry sent straight to your inbox, head to patreon.com/scibabe. 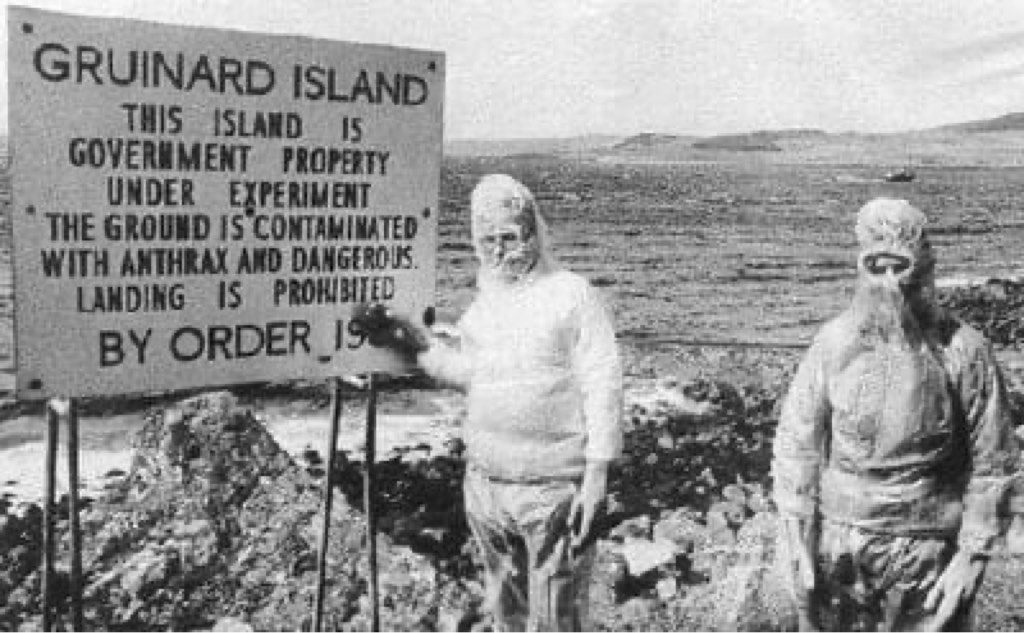